For companies looking for entertaining methods for team building and employee appreciation, THEY improv provides a variety of fun approaches for murder mystery dinners on the Hawaii Big Island for a variety of groups and gatherings. 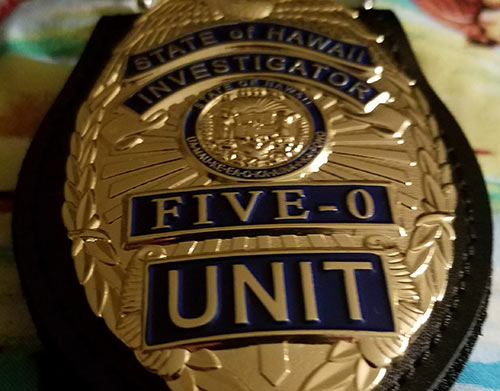 Hire THEY improv for a customized show just for you. Yes, the perfect way to enhance any corporate event, banquet or private party is a customized Hawaii Big Island murder mystery dinner show written just for the group and venue involved.

Actors from THEY improv come together and set up a Hawaii Big Island murder mystery dinner or luncheon that the audience helps to solve. Interacting directly with the participants of the event, attendees help examine clues, evaluate witnesses and alibis, choose from a variety of suspects and determine the culprit.

Once THEY begin, your audience will meet and talk with the crazy cast of characters, witness a crime and then work to solve the crime, all without Magnum PI or Five-0! Laugh along with our professional, but bizarre, crime solver, as audience members help him interrogate suspects and work his way through the winding maze of clues. This often makes audience members shine, which is perfect for meetings and incentives awards gatherings, leaving employees with a sense of being appreciated.

Likewise, the scripts can be adjusted to bring your audience members under suspicion. They can be interrogated and engaged in a roast type of environment. They can be found innocent by the audience with them getting applause. If you prefer, we can keep them as key suspects by using information known about their past to dig them deeper into the Hawaii Big Island murder mystery.

Because every Hilo corporate event and private party is custom designed you have to contact THEY improv directly to receive a quote for your banquet.

THEY improv will then follow-up and provide you with a proposal for presenting your show in the Aloha State. Using their selection of Hawaii Big Island murder mystery dinners, improv comedy and game shows, there will be an appropriate choice for your group. Contact us today to find out how you can entertain your business when THEY improv.

We are proud to serve Hilo, Kailua Kona, the Kohala Coast, Waikoloa Village and the Hamakua Coast as well as the resorts, hotels and other banquet facilities in the area along with the rest of the Aloha State including Oahu in Honolulu and Maui and practically everywhere else you can think of, though some of the more isolated locations may require some travel expenses.