THEY improv provides improv comedy, game shows and murder mystery dinners for entertainment options for a variety of groups and gatherings throughout our nation's Capital City.

The first note is the Capital vs. Capitol issue that people misunderstand. The Capitol is the building, or Capitol Hill (because it is referencing the building). If you are talking about Washington being our nation's Capital, it has the A. Do you think this is confusing? Welcome to Washington!

If you have a company looking for quality Washington DC corporate event or private party entertainment, look no further than THEY improv!

We want to hear from you! Whether you'd enjoy an improv comedy show, interactive game show, murder mystery dinner or a team building workshop, we can provide you with an event that will help you succeed! 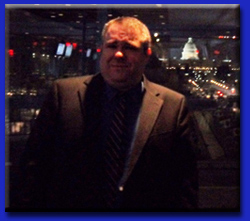 THEY improv leads the way for Washington, DC corporate events, private parties and corporate training through team building and other methods. If you have a company looking for unique and entertaining methods for improving your business, look to THEY improv, LLC.

If you are looking for something a little more public, the nation's capital offers a lot more including the Capitol Steps, the Improv, the Comedy Zone and a whole slew of other options. A great way to find cool shows is to go to the DC Comedy site.

But Washington, DC isn't only about our comedy. It is our nation's capital and a political and economic hub for the United States. One of the most important and largest cities, Washington, DC is a place for education, with several prominent institutions of higher education including the George Washington University, Georgetown, American University, Howard University, as well as many other top schools.

There is no shortage of museums in the city. Whether the Smithsonian, the Holocaust Museum, The National Spy Museum, The Library of Congress and the Mint, these are just a few options. Even more involve art including the Corcoran, The National Gallery of Art, The Renwick Gallery, The Hirshhorn, and many others. 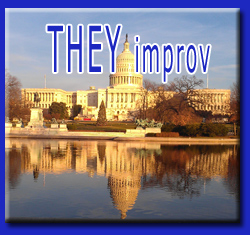 Washington, DC is served by three major airports. Washington National (does anyone actually call it Reagan?), Dulles in Northern Virginia, and Baltimore-Washington International (BWI) serve as major hubs as well as final destinations.

Union Station serves as another port of entry as people commute by train. The facility has a nice selection of restaurants and is convenient to just about anywhere you'd want to go.

Travel in the area is made much simpler through the Metro, the subway system for the city of Washington. The train extends from Capitol Hill south through Fairfax County, Arlington and Alexandria in Northern Virginia and north into Bethesda and Silver Spring Maryland. The notable exception to the rule is Georgetown, which doesn't have a Metro stop...and that was by choice. You can access an online Metro train map by clicking here.

Taxis are easy to find and they generally operate on a zone system for pricing.

Hotels tend to be above the national average in pricing, though staying across the river in Northern Virginia is usually a less pricey alternative. If you stay in Crystal City, for instance, it is served by the Metro, and thus relatively convenient, though technically outside of DC.

Whether you are a K-Street firm, at Foggy Bottom or on Capitol Hill, THEY improv has services that can help you achieve your goals. From the smallest meeting to the largest convention, there is a variety of entertainment that can match most any budget.

All around the Beltway and the DMV, from Fortune 500 companies to small businesses, THEY improv helps firms meet their goals of laughter. THEY improv is proud to serve the entire District of Columbia including: Capitol Hill, Foggy Bottom, the Mall, K Street, Georgetown, Dupont Circle, Adams Morgan, Anacostia, Chinatown, Downtown and Embassy Row as well as Northern Virginia and Suburban Maryland.

THEY improv is a System for Award Management (SAM) Database Registrant and registered with Dunn & Bradstreet.

THEY ARE CHANGING THE FACE OF IMPROV COMEDY