For companies looking for entertaining methods for team building and employee appreciation, THEY improv provides a variety of fun approaches for murder mystery dinners in Boca Raton for a variety of groups and gatherings.

Actors from THEY improv come together and set up a murder mystery dinner or lunch that the audience helps to solve. Interacting directly with the participants of the event, attendees help examine clues, evaluate witnesses and alibis, choose from a variety of suspects and determine the culprit.

Once THEY begin, your audience will meet and talk with the crazy cast of characters, witness a crime and then work to solve the crime, all without CSI Miami's crime lab! Laugh along with our professional, but bizarre, crime solver, as audience members help him interrogate suspects and work his way through the winding maze of clues. This often makes audience members shine, which is perfect for meetings and incentives awards gatherings, leaving employees with a sense of being appreciated.

Likewise, the scripts can be adjusted to bring your audience members under suspicion. They can be interrogated and engaged in a roast type of environment. They can be found innocent by the audience with them getting applause. If you prefer, we can keep them as key suspects by using information known about their past to dig them deeper into the Boca Raton murder mystery.

For slightly larger groups, say from 20-100, we have the Cambridge Solution where we have a few of your people as characters and they go from group to group that works together as a team to build a case against one of the suspects. This is also a great way to get the bosses to speak to everyone at the party and is thus a great way to celebrate the holidays or just to say thank you at the end of a project to say job well done. Similarly, a smaller version called the Dartmouth Plan can work with groups from 5-20 filling in the gap for smaller, more intimate groups.

THEY improv has been providing top-notch entertainment in Palm Beach County, and we can do so for your needs.

Because each and every show is completely individualized, you will need to contact us directly to receive a quote. 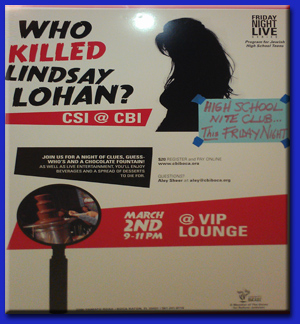 Contact us today to learn about how THEY improv can bring you the Boca Raton murder mystery dinner show that will have all your friends raving about for years!

Are you involved with a charity? Ask about our Justifiable Homicides for charity! THEY improv has raised tens of thousands of dollars for charitable organizations, and THEY can help your organization with its fundraising efforts. We were founded working with charities and look forward to helping yours. 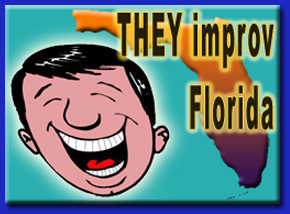